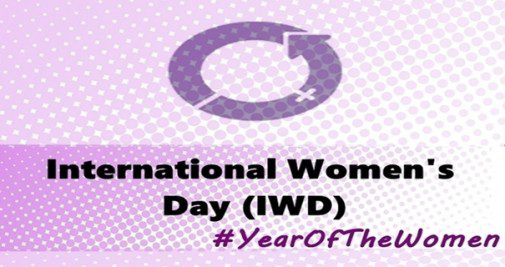 When Women’s History Month begun as Women’s History Week, its primary goal was to see to it that women were written back into the annals of history. In his Presidential proclamation on February 1980, President Jimmy Carter said,

“From the first settlers who came to our shores, from the first American Indian families who befriended them, men and women have worked together to build this nation. Too often the women were unsung and sometimes their contributions went unnoticed. But the achievements, leadership, courage, strength and love of the women who built America was as vital as that of the men whose names we know so well. As Dr. Gerda Lerner has noted, ‘Women’s History is Women’s Right.’  It is an essential and indispensable heritage from which we can draw pride, comfort, courage, and long-range vision.”

ElleAfrique online magazine recently captured the keynote speech made by our CEO Sophia Bekele, at the CUNY Young African Leadership Symposium in New York in 2014, about the potential of African women:

“Women represent over 50% of the African continent and they have many gifts and talents that are not utilized, so over 50% of the continent’s talent is unaccounted for. [The rates of] women entrepreneurs are rising and statistics show that, in the next 20 years, most businesses will be owned by women. When the struggle for African freedom, identity, and self-reliance is considered, the focus is often on the brave and courageous men. Little attention is devoted to the African women who made vital contributions in the fight. Empress Taitu’s contribution to governance and nation building is unequaled from her male counterparts. I have come to know the famous name of the Capital city of Ethiopia, “Addis Ababa” – namely New Flower – was named by her. Historically African women have been the pillar of strength throughout Africa and the Diaspora. Without examining the contributions made by African women throughout the ages, the full story of the African experience and struggle cannot be t“

Over the years, through various themes and by honoring various extraordinary women, Women’s History Month has served to not only etch indelibly women’s role in making history but also to give women all over a voice.

In the month of March, we join together with others from all over the world to celebrate the women in history who have made it possible for us to be where we are today. Whether it is the woman sponsoring the education of girls from her village in Mali or the first female pilot in Africa, who has made it possible for all stereotypes concerning “male jobs” to be eradicated. In the month of March, we join to celebrate these women and to thank them for the mark they have left. To thank them for making the world better for those women who haven’t been born yet.

This year we honor the women who have made a mark in public service and governance. Oh, if our founding mothers were here today to see the strides that we’ve made. Coming from a time when women couldn’t even cast a vote to a time when they are leading nations, part of governance. Women are now at the tables where decisions are being made. In 1972, Vigdis Finnbogadottir, former president of Iceland, was the first woman to be democratically elected as President and that changed the course of history forever. The whole world woke up and is slowly realizing the power that women hold to make decisions and impact the world. We currently have now in the Hillary Clinton, running for the second time for US Presidency. Should she be elected, US will have its first women President.

Today, a whole host of countries boast of being led by women. Africa has not been left behind. We have Ellen Johnson Sirleaf who has led Liberia for the last 10 years, Joyce Banda, the President of Malawi and Ameena Gurib of Mauritius. Governments across the Continent are realizing the need to have women’s voices represented in their governments.  There is an increase in the level of women representation in governments across the Continent. If this is to continue in the years to come, there is a need to continue empowering girls from a tender age.

We need to tell girls from the moment they can talk that they can do anything they want; that nothing is beyond their reach

That is the message that DotConnectAfrica Trust preaches through our Miss.Africa Program. For a long time, girls have been told that they shouldn’t even consider any career in Science, Technology Engineering or Math. We are not only changing that but we are going a mile further by equipping girls with funding through our Miss.Africa Seed Fund so that they can pursue their dreams where they were told they couldn’t.

In addition to our ongoing efforts, recalling our January Newsletter, our CEO themed this year, 2016 to be “Year of the Women“.   Therefore, not only we will honor women throughout this month, it will be our duty, every one of us, to also remind budding women that nothing stands in their way throughout the year. That they can be anything they want. And in generations to come, they too, will be remembered and honored.