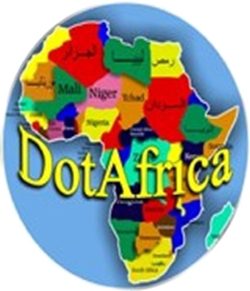 Q & A on .Africa Internet Domain: Fin24 with Sophia Bekele

DotConnectAfrica (DCA) Trust and DCA Registry CEO Ms. Sophia Bekele recently participated in a Q&A with Mr. Gareth Van Zyl of Fin24.com, SouthAfrica,  based on some pointed questions presented by the tech journalist to inquire into the current state of affairs regarding the .Africa new gTLD name and the attendant Independent Review Panel proceeding.

In addition to explaining the current status of the IRP Process with ICANN, the CEO of DCA Registry also used the opportunity to expound on the implications of the DCA vs. ICANN IRP as a proper test of the accountability mechanisms of global Internet Governance processes as represented by ICANN; and also stressed that the delays over .Africa are amply justified since Africa’s Internet scene would be hurt more by a miscarriage of justice when there is no room for proper accountability.Ms. Bekele also argued whilst responding to the Q&A that the need to satisfy accountability for the public good and global public interest seriously outweigh the need to roll out .Africa domain names faster.

The full Q&A can be found below.

Fin24Tech: Q1. What is happening to DCA’s appeal against ZACR being awarded .africa? Can you give me a status update on this?

SB: First, we would like to clarify that our appeal is not against ZACR being awarded .africa.  Our principal case is with ICANN – hence we took them to the Independent Review Panel (IRP). Of course, we also strongly believe that ZACR should not benefit from a situation whereby ICANN has committed certain actions that are injurious to DCA Trust including a possible wrongful award of the .Africa domain name to ZACR as the registry operator.

Now, coming back to your question, the IRP is still in progress.  Certain interim decisions, especially with respect to procedure(s) have been taken. The IRP Panel recently ruled to accept DCA’s position on procedural framework,  including a binding order and document production as well as power to interpret and determine the IRP Procedure as it relates to the future conduct of these proceedings.

Earlier this year prior to this, the Panel granted an injunction order that temporarily prevents ICANN from further processing of ZA Central Registry’s (ZACR) application and moving ahead with the delegation of the .Africa domain name to ZACR.  This was meant to allow the Panel time to consider arguments from DotConnectAfrica Trust (DCA Trust) and ICANN on DCA Trust’s claims regarding the .AFRICA TLD.  So we continue to engage to see how the process will develop.

Fin24Tech: Q2. Has DCA had to draw on any funding in this battle for .africa?

SB: As you may very well know, any legal proceeding of this nature is financially involving, but thanks to God, DCA Trust has managed to cope so far, and we can only hope that justice prevails.  Really, for DCA Trust it is not about what we have spent all along.  We are more concerned about the integrity of our cause, which we believe to be just.

Fin24Tech: Q3. What is your view on how ICANN has handled this whole process?

SB: Since we are already in the middle of an IRP process with ICANN, we do not like to comment on how ICANN has handled this process. Our views on the matter are already part of the public record and this is well known by all those who have been following the process from the beginning.

After the Beijing Governmental Advisory Committee (GAC) Objection Advice in April 2013, DCA Trust prepared and submitted a response to ICANN. When the ICANN Board NGPC (New gTLD Program Committee) accepted the GAC Objection Advice against DCA’s application, we disagreed and asked them to reconsider. When the ICANN Board Governance Committee (BGC) denied our reconsideration request, we followed the route of demanding accountability for the ICANN Board NGPC actions, and this is what then led us; first, to the Cooperative Engagement Process (CEP) with ICANN, which was followed by taking our case to the Independent Review Panel (IRP) at the International Center for Dispute Resolution (ICDR) of the American Arbitration Association (AAA). Throughout this protracted and complex process, prior to the IRP, we were not happy with ICANN, because we have always believed that they did not listen to our complaints at the initial stage. ICANN had an opportunity to resolve this problem amicably during the CEP stage but this did not happen.

Now that we are at the IRP stage, there is no further need for us to say anything about how ICANN has handled the process. That is now the responsibility of the IRP Panel to decide – whether with respect to ICANN Board NGPC decisions regarding DCA Trusts’ application for the .Africa new gTLD – whether the ICANN Board actions violated the ICANN Bylaws and new gTLD Guidebook or not.

Fin24Tech: Q4. Do you think this fight for .africa and the delays around it is hurting Africa’s internet scene?

SB: I will tell you that .africa was among the most promising domains when I first started to campaign and promote it to ICANN, the African Union Commission and other international publics.  However, we do not think that the fight over .Africa and the associated delays have hurt Africa’s Internet scene. Africans would be hurt more if there was a severe miscarriage of justice without any room for accountability.

“The delay that .Africa has encountered is an unfortunate situation, but for the interest of truth, justice and transparency, it is better for Africans and other stakeholders to be reassured that the global mechanisms of Internet Governance as represented by ICANN are accountable for the public good and global public interest. We sincerely think that these bigger issues are actually more compelling, and profoundly outweigh any potential “benefits to be derived from rolling out domain names quicker”.

The controversies regarding mistakes that have been made by other parties regarding the .Africa new gTLD process, have already hurt the prospects of any new gtld application. This therefore underscores why there should be accountability and justice for DCA Trust so that faith can be restored in the entire process, even for the sake of those who might want to bid in new gTLDs in the future.

Fin24Tech: Q5. Would DCA look to win over domain names like .nairobi or .mombasa, similar to how the ZACR has won the right to roll out .joburg and .capetown?

SB: DCA Trust is in the domain name business, and as you may probably know, DCA Registry Services Ltd. is based in Kenya, where some of our esteemed technical partners are also based. We would like to conclude the .Africa new gTLD issue first before unveiling any other strategic plans regarding prospective city domain names that we may wish to apply for in any second new gTLD application round.