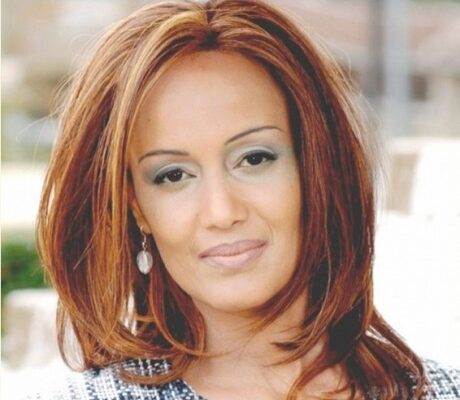 In a candid discourse, The Reporter Daily English and Amharic Language Newspaper laid out the struggle of Sophia Bekele, the Ethiopian who initiated .africa, the first African run gTLD registry business for Africa.

PRLog (Press Release) – May 10, 2013 – Sophia Bekele appears to be a lone voice crying in the African wilderness and fighting for the delegation of the .africa (pronounced ‘DotAfrica’) new generic Top-Level Domain.

She has been on various forums discussing and presenting on the DNS Industry and its benefits to Africa under the Multi-Stakeholder Internet Governance (MIG) Framework.  She has been very active in the Internet Domain Name Service (DNS) Industry since 2005, when she was first elected as the first African to serve on the gNSO Policy Advisory Council of the Internet Corporation for Assigned Names and Numbers (ICANN.) The ICANN generic Names Supporting Organization

undertakes policy advisory and policy development processes for Internet generic names. It was this experience that made her become fully enmeshed in the work of Global Internet Governance and multi-stakeholder advocacy that led her to where she is now: leading a new generic Top-Level Domain (gTLD) initiative as one of the applicants contending for the .africa generic Top-Level Domain.

She founded the DotConnectAfrica Trust (DCA Trust) and the associated DCA Registry Services Ltd. to apply to ICANN for the mandate to administer DotAfrica (.africa) – a new generic Top-Level Domain (gTLD). DCA Trust is well known for its successful six year Yes2dotAfrica global awareness campaign that she started during her term at ICANN when she initiated the (.africa) project.

Sophia believes that accomplishing the important task of applying for the DotAfrica geographic TLD will hopefully result in a successful application that will enable it obtain the mandate from ICANN to operate the resulting gTLD registry.

DotAfrica will provide a unique top-level identifier that is aimed at consolidating Africa’s on-line identity for branding products and services, and will be useful for individuals, corporate organizations, non-profits, governments, and anyone with any particular interest in Africa.  Sophia expressed the view that the expansion of the Internet under the ICANN new gTLD program will also lead to the expansion of Internet use in Africa. “This is fundamental to DCA’s Mission and Purpose for DotAfrica: harness the prospects and opportunities presented by the new gTLD program to introduce profound changes to the way the Internet is utilized in Africa, especially the new domain names that will be created and become available under DotAfrica gTLD”, Sophia explained.

Sophia started the DotAfrica initiative at ICANN whilst working  as a gNSO Policy Advisor, which also gave her a good opportunity to champion the introduction of Internationalized Domain Names (IDNs.) Sophia led an active campaign to introduce IDNs under which new Internet Domain  names in Arabic, Cyrillic, Russian, Chinese and non-Latin alphabets will become available, thereby providing non-English/

non-Latin language native speakers an opportunity to access and communicate on the Internet in their native languages. The IDNs will be introduced by ICANN under the auspices of the current new GLTD program.

“Ms. Sophia, as a former gNSO advisor to ICANN, you have worked hard and long to champion Internationalized Domain Names (IDNs.) You have made the case within ICANN for a policy development process that will see IDNs in the service of the world community. And you have done so successfully” – IDRU

On her .africa journey, she believes that a lot of progress has been registered during the past six years, especially managing a global promotional campaign to raise awareness about .africa and new gTLDs and the work of ICANN in general; and to also explain to people and different organizations how Africa and Africans would benefit from the introduction of the new gTLD. However, this has also posed a lot of challenges in terms of effort, resources, and communicating the .africa message to enable her to overcome fixed mind-sets.  She laments that even today, in spite of huge efforts made to promote and communicate the benefits of .africa many African government still do not know about the new gTLD program, and the work of ICANN.

Sophia thinks that many people are still confused about the role of the African Union Commission regarding its level of authority to delegate the new gTLD outside the approved ICANN program. She cited the example of the AU Ministerial Roundtable that convened in Dakar, Senegal in October 2011 to request that ICANN should reserve the .africa name and its equivalent in other languages to enable the AU give this to a ‘structure’ that it would identify and appoint. Sophia thought that this was an illegitimate request that was made against the approved new gTLD program guidelines for which reason she was compelled to raise the issue with ICANN leaders and executives. Sophia thought that the AU request would make the .africa name string unavailable so that no one would be able to apply for it, and would have also given the impression that ICANN was giving preferential treatment to the AU within a global multi-stakeholder community.

Sophia said that she was not against the AU as such, but was fighting special interests who she thinks were actually manipulating the AU to act illegally outside the ICANN program simply for the benefit of these special interest groups who want to takeover .africa for themselves. She also cited how a ‘shadowy group’ suddenly emerged from nowhere and tried to use .africa to foster an illegal Black Economic Empowerment (BEE) scam out of South Africa, which she was also forced to campaign against. Sophia sees the defeat of that potential BEE scam and the illegitimate partnership underlying it as one important success that DCA Trust achieved.

She continues to talk more on the challenges on this full article which is available to read here: https://thereporterethiopia.com/index.php/living-and-the-….

She believes that the greatest challenge for her really is how to ensure that the process has the necessary transparency and accountability mechanisms, and has even appealed to the United States Congress in Washington D.C. to appoint a congressional Ombudsman that will look into any irregularities and any allegations of illegality regarding the implementation of the new gTLD programme.