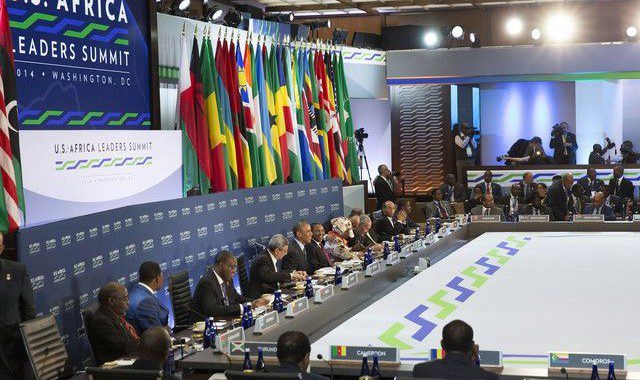 The summit has been cited as the first in many such similar summits that will strive to unit America with Africa and the main objective of Mr. Barack Obama, the President of the United States, was to address the continent’s trade, investment and security. The summit has been seen by different stakeholders as a way of ensuring that the United States get a stake in what China has been reaping as a result of their heavy investment in Africa.
President Obama also announced a $37 billion investment in Africa, and another $110 million annual support to African Union peacekeeping efforts, at the end of the premier US-Africa Leaders’ Summit held in Washington DC, United States of America from 4-6 August 2014.
President Obama who welcomed leaders from across the African continent to the nation’s capital for a three-day U.S.-Africa Leaders Summit, the first such event of its kind said “I do not see the countries and peoples of Africa as a world apart; I see Africa as a fundamental part of our interconnected world – partners with America on behalf of the future we want for all of our children. That partnership must be grounded in mutual responsibility and mutual respect.”
Read more: http://archive.constantcontact.com/fs123/1102516344150/archive/1118227855737.html
Newyork Forum Obama USA